REAL JAM is a unique jazz band from Moscow, Russia. The band consists of three attractive female vocalists and seven talented male musicians inspired by American music of the first part of the XX century. They don’t copy music, but create their own musical arrangements and sing in close harmony, reviving traditions of old jazz. 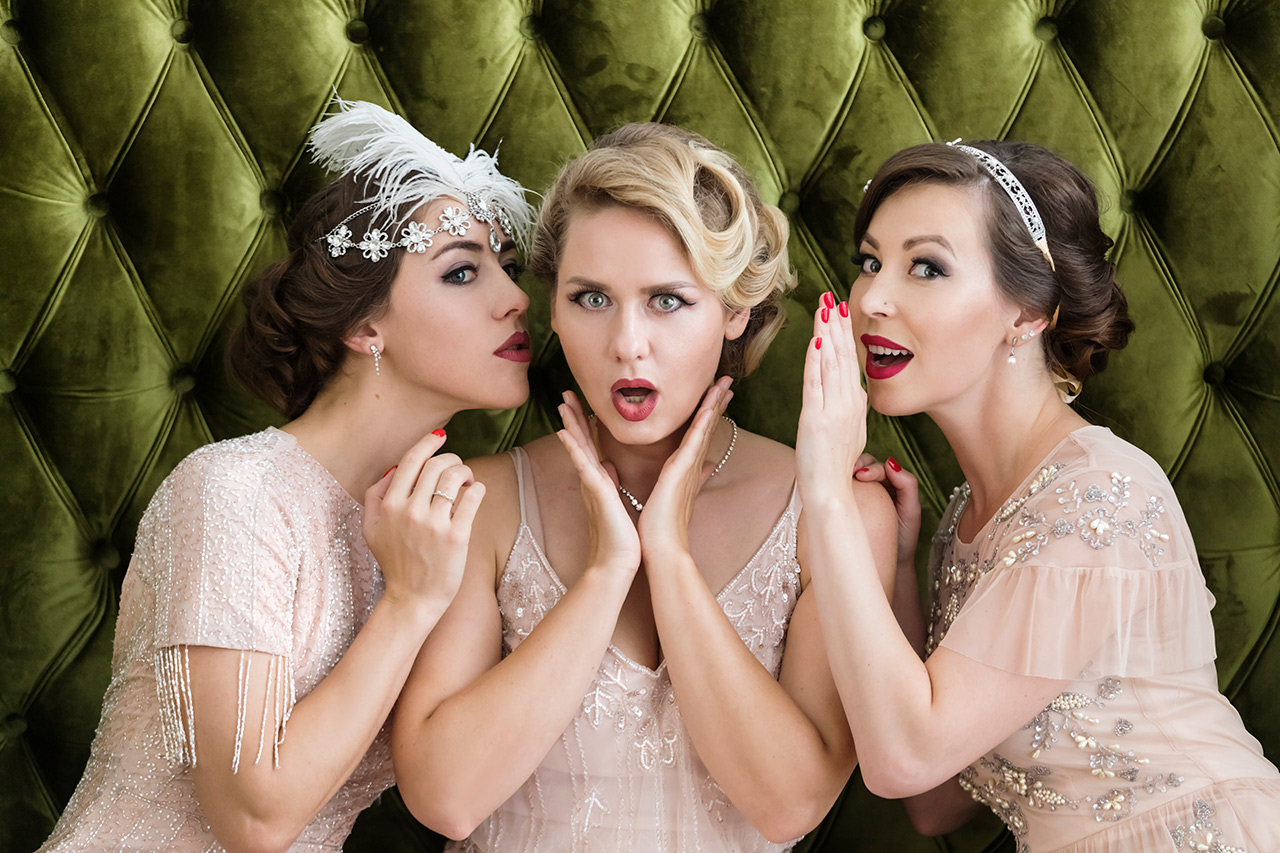 Each song is a story, each show is a journey to the past where you can hear the roots of jazz, ragtime, New Orleans and Chicago jazz, swing era.

The Real Jam Band is already 10 years old. The band was created by Tatiana Fateeva in 2009. She is a band leader, vocalist and arranger.

The band performs in best music clubs and concert halls of Russia. Also there are a lot of TV and radio shows, where it is possible to hear REAL JAM. The band was chosen to perform at Sochi Olympic Games 2014. The band performed in India (Mumbai, Delhi) at the receptions dedicated to the Day of Russia 2014 and 2017 jointly organized by the Russian Centre of Sience and Culture (RCSC) and the Embassy of the Russian Federation in India.

In 2019 the vocalists got the 1st prize at Gnesin Jazz Vocal Competition.